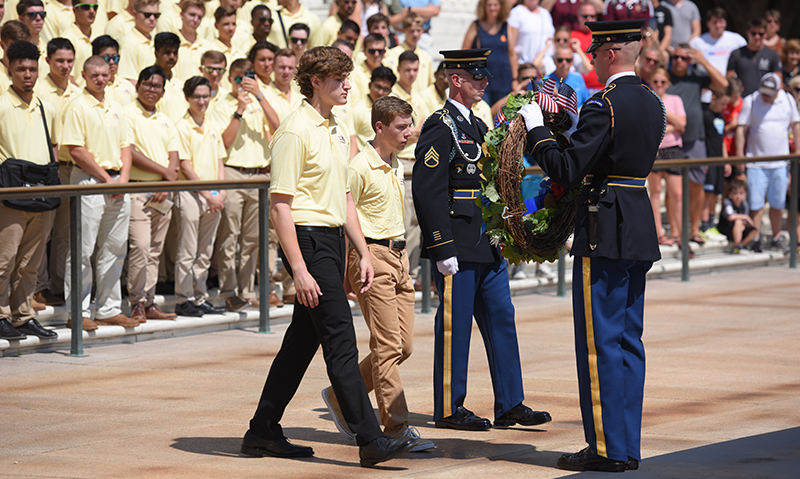 American Legion Boys State is among the most respected and selective educational programs of government instruction for U.S. high school students. A participatory program in which students become part of the operation of local, county and state government, Boys State was founded in 1935 to counter the socialism-inspired Young Pioneer Camps. The program was the idea of two Illinois Legionnaires, Hayes Kennedy and Harold Card, who organized the first Boys State at the Illinois State Fairgrounds in Springfield.

Legion posts select high school juniors to attend the program. In most cases, individual expenses are paid by a sponsoring post, a local business or another community-based organization.

Boys State programs currently exist in all Legion departments in the United States except Hawaii. As separate corporations, Boys State programs vary in content and method of procedure, but each adheres to the same basic concept: teaching government from the township to the state level.

American Legion Boys State and American Legion Auxiliary Girls State are
the premier programs for teaching high school students how government
works while developing leadership skills and an appreciation for their rights
as citizens. Participants in these programs will run for office, learn public
speaking, create and enforce laws and actively participate in all phases of
creating and running a working government in these exciting one-week
summer programs.

Students participating in these programs meet other students from across
Connecticut, who, in many instances, becomes friends for life.

The American Legion Girls State convention has been held at Post University in Waterbury and attended by incoming seniors from local high schools.  The attendees were sponsored by American Legion Post 96 Auxiliary to attend one of the most respected and selective educational programs of government instruction for high school students.

The Boys State program has been held at ECSU and attended by  incoming seniors from local high schools.  The attendees were sponsored by American Legion Hayes-Velhage Post 96.